Holiday apartments "Gerber 4 Residence" A15 and A106 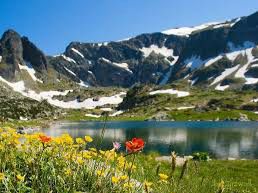 Bulgaria (officially: Republika Bulgaria), is a republic in southeastern Europe, situated on the Balkan Peninsula. The Balkans is a mountain range that extends south of the Danube river.The area of ​​Bulgaria is 110 994 km2, which is approximately 2.7 times larger than the Netherlands. To the north Bulgaria borders Romania (608 km) and the boundary is about a distance of about 425 kilometers formed by the Danube. In the west Bulgaria borders Macedonia (148 km) and Serbia (318 km). The border with Greece (494 km) to the south is formed by the valleys of the Rodopi Mountains. In the southeast bordering Bulgaria to Turkey (240 km) and to the east on the Black Sea (Cerno More). The greatest distance from north to south is 330 km and 520 km from east to west.The eastern coastal belt is the lowest part of the country. Average Bulgaria is around 470 meters above sea level. Geographically share in Bulgaria in three areas and the central mountain range plays a major role. The Balkan Mountains (Stara Planina) it shares ie from west to east in half and is divided into Upper Balkans, Western Balkans and Eastern Balkans. In the Upper Balkan is one of the highest mountains in Bulgaria, Botev (2376 m). The average height of this mountain range is approximately 700 meters.The Danube Lowland or Danube-Bulgaria is located north of the Balkan Mountains and is a north sloping, very fertile Loess Plateau, which breaks down to the Danube with a steep bank. In the northeast lies the hilly forest areas of Deli Orman, forming the transition to the Dobroedsja. To the south of the Balkan Mountains, the Thracian Plain and then come three important massifs: the Rila, Pirin and Rodopi Mountains massif, which extends far into Greece. The highest peak in Bulgaria is located in the Rila Mountains and the Musala (2925 meters).Bulgaria has hundreds of rivers and some of them play a major role in the drainage and irrigation of the Danube lowland and the Thracian Plain, especially the Danube (Bulgarian: Dunav), the Iskar and the Jantra. Other important rivers are the Tundža, the Marica, the Struma and Mesta. Bulgaria has no natural large lakes, but several large reservoirs.